Most Addictive Drugs in the World 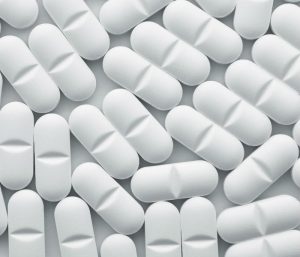 The National Survey on Drug Use and Health (NSUDH) estimated that more than 21 million individuals are battling a substance use disorder in the United States. What are the most addictive drugs? While many factors determine whether or not you’ll get addicted to certain drugs, the risks associated with getting addicted to some drugs is higher than others.

The reason? Drugs have varying degrees of addictiveness — some drugs can have you hooked after just the first try — while others may take awhile to become addicted to. We uncover the 10 most addictive drugs in the world.

The rankings of the following drugs are based on the 0-3 dependency scale, based on a study, developed by a Dutch panel of experts. Dutch panel experts from the study formulated this precisely calibrated scale to rank drugs according to their addictive potency. The higher the number, the more addictive the drug.

What Are The Ten Most Addictive Drugs?

Heroin’s ability to quickly penetrate the brain, results in the surge of intense euphoria or the “rush” heroin addicts experience.

Also, heroin activates your brain’s reward system. It essentially tricks the brain into halting the production of reward feelings on its own, so that after a time, the user cannot experience any good feelings without the aid of the drug. This is why heroin users experience intense drug cravings when the drug is stopped.

Top this with severe withdrawal symptoms, and you’ve got the world’s most addictive substance. Variations or a synthetic version of heroin, like fentanyl, are also considered to be some of the most addictive drugs as well, if not more dangerous.

Crack is the purest and most potent form of all cocaine. Appearing as yellowish-white rocks, it is often heated and smoked through a glass handpipe.

Like heroin, crack cocaine also activates the reward system and causes excess amounts of dopamine, the neurotransmitter in the reward circuit responsible for feelings of pleasure, to be released.

Smoking crack allows it to reach the brain faster than if it were snorted, resulting in an intense and immediate high that lasts about 15 minutes. Since the effects are so short-lived, users commonly smoke it repeatedly to sustain the high, which then leads to a faster onset of addiction. It is not uncommon for someone to become addicted after his or her first time trying crack cocaine.

Just because tobacco is legal does not mean we should underestimate the addictive potency of nicotine. According to the National Institute on Drug Abuse, nearly 35 million smokers want to quit each year, but more than 85% of those who try to quit on their own relapse– most within a week.

Half of the addictive nature of nicotine come from nicotine’s ability to activate the reward pathway by increasing levels of dopamine. Nicotine also mimics another chemical in the brain–the nicotinic receptors. Regular smoking reduces the number and sensitivity of these receptors and requires the user keep ingesting nicotine just to maintain normal brain function.

Methadone is an opiate medication commonly used to treat a heroin or morphine addiction, so in a clinical setting, tolerance to this drug is considered beneficial. While the risk for addiction is low (less than 1%) when taken as prescribed and under medical supervision, people who use this medication recreationally can become addicted. Methadone’s effects are similar to the effects of heroin, but withdrawal from methadone is painful and difficult, often lasting longer than a month.

Methamphetamine imitates not one but two important chemicals in the brain: dopamine and norepinephrine, the neurotransmitter responsible for feelings of alertness and energy (adrenaline).

Meth can release as much as 10 times the normal level of dopamine, and the excess of artificial norepinephrine suppresses natural adrenaline production–essentially messing up the chemical balance in the brain. Worse, methamphetamine can damage the dopamine and norepinephrine-releasing neurons, leading to a drastic decrease in their production.

Where does this lead to? You guessed it. Tolerance, cravings, and taking more meth.

Alcohol withdrawal is also among the worst of all drug withdrawals, so severe it could cause death. Just another reason why 17.9 million Americans were addicted to alcohol in 2010.

Cocaine may not have the same withdrawal symptoms seen in alcohol addiction, but cocaine works in the same way: it messes with the amount of dopamine in the brain and causes intense cravings. Although smoking crack is the fastest way to get cocaine into your bloodstream, snorting cocaine isn’t that much behind. Powder cocaine also has a short high and rapid tolerance, granting it a spot in the top ten.

Although amphetamines aren’t as addictive as meth, it still acts on the same reward circuit. Besides causing rapid tolerance and intense cravings, amphetamines offer an attractive array of effects: weight loss, confidence, euphoria, energy, and feelings of self-accomplishment. Abusers of Ritalin and Adderall not only find it hard to quit, they don’t even want to quit.

Benzodiazepines such as Valium, Xanax and Klonopin increases the effectiveness of GABA, the brain’s “nerve calming” agent. (For once, we’re not talking about dopamine!) And, as usual, the body tries to compensate for the increase of GABA by lowering the sensitivity of GABA receptor cells. As the body continues to adapt, tolerance builds quickly, and when tolerance is high, quitting gets harder.

Club drug, date rape drug, and designer drug, GHB is a synthetic version of GABA. GHB works by mimicking the effects of the natural chemical GABA–and you know where that goes. The effects of GHB has a short duration of 2-4 hours, but withdrawal is lengthy–often lasting 10-14 days. Quitting results in brutal withdrawal symptoms similar to alcohol withdrawal: delirium, insomnia, hallucinations, and soaring anxiety levels. Once users are hooked, addicts have to take the drug around the clock to avoid the rapid onset of withdrawal.

Dopamine is the drug that produces the feeling of satisfaction and well-being. Dopamine enters neurons by attaching to dopamine receptors. When a drug increases levels of dopamine, your body tries to balance out the excess dopamine by decreasing dopamine receptors. Consequently, when an individual stops taking the drug, dopamine levels drop drastically, which is why the individual craves the drug so much. After all, your body needs its dopamine.

Beyond the list of top ten most addictive drugs, there are hundreds of substances that are extremely dangerous to you or your loved ones health. Regardless of dependency rates, addiction treatment should be sought after. It is important to understand drugs in order of addictiveness, but be aware that all drugs present adverse health risks. If you are in need of drug addiction treatment, Duffy’s Napa Valley Rehab can help.

Learn about Rehab at Duffy's
Learn More About Us
Contact Us